By interpreting body language in your dog, you can learn to spot when different emotions which will help improve the bond between you. You may even be able to spot early signs of distress, or discomfort and be able to deal with any problem before it becomes a significant issue.

A happy dog will have a relaxed posture and more often than not, a wagging tail. The ears will be in a neutral position and the mouth will be relaxed. He may pant a little and have his mouth slightly open, or his mouth will be closed.

When in a playful mood you dog may be twisting, turning and leaping. Running away to encourage you to chase him is common. At the beginning of a play session, your dog may stick his tail end in the air and put his front paws and head down towards the ground. When another dog meets yours for the first time and you see this bowing gesture, it means the other dog has friendly intentions and wants to play. Any rough and tumble that comes after the play bow is usually just for fun. There might be a few excited barks and yelps too.

A fearful, or scared dog will try and make himself look smaller. Your dog will hunch his body and hold his tail between his legs. The ears might flatten back against the head, depending of course on the breed. He might look like he’s crouching in a similar way to what he does when he’s about to go to the toilet. This is because he will have shifted his weight onto his back legs, in order to be able to spring quickly away if there’s a threat. The facial muscles will also be tense and sometimes he will look away to show he is submissive. 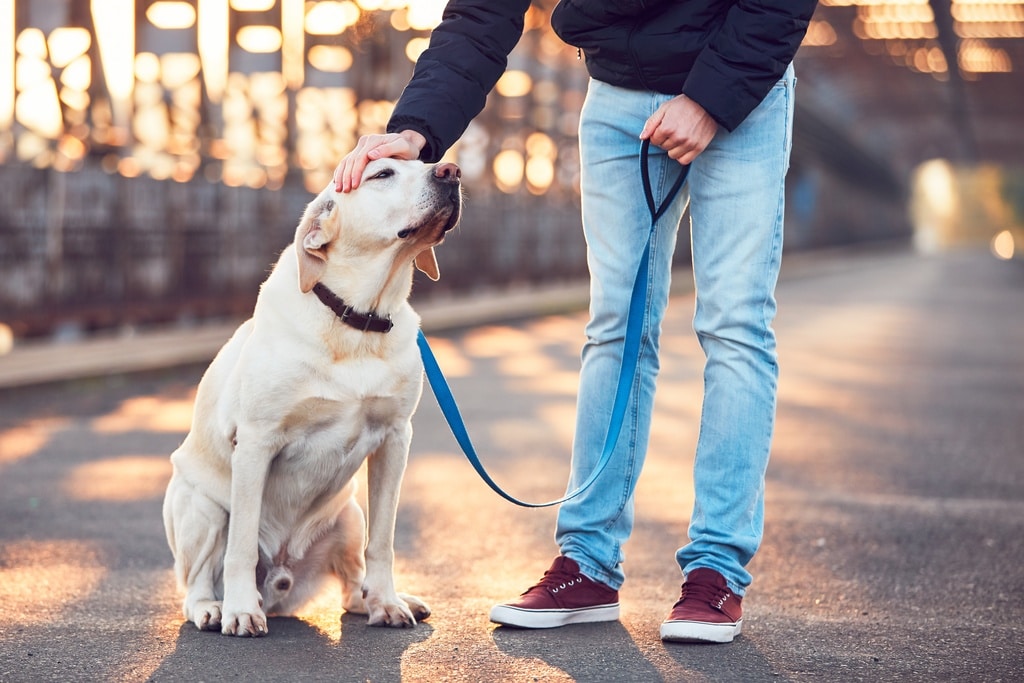 A dog that feels dominant over another dog, or even a person, will stand tall and make himself look as big as possible. The tail will be held high and stiff, usually either still, or quivering a little. By making direct eye contact with you, or the other animal is his way of trying to assert himself. He might stand over another dog and growl a little.

In contrast, a dog that is feeling submissive will get low to the ground in order to communicate that he is not a threat. He will avoid eye contact and if in little scared might even urinate a little. Rolling over to expose the belly is also a common display of submission. He might also nervously lick his lips. His ears will be flat against the head and the tail will be held very low between his legs.

One of the major signs of aggression is when the muzzle wrinkles up and the teeth are bared. Growling, snarling and barking will follow. Your dog might do this at the same time as displaying either dominant, or submissive body language. Rather than fight, a dog will usually prefer the opposition to back down. If your dog adopts this behaviour, it’s time to call your dog away and put him on the lead.